Why Does This Problem Happen?

Another possibility is that the computer hardware or software that is hosting the Licenses and the DW Spectrum Server application has been modified in some way.

This article will outline the possible causes for licenses becoming unavailable to a DW Spectrum System and the recommended information to collect before contacted DW Support.

**NOTE:  The term “Server” in this article refers to the computer that the DW Spectrum Server software is installed and hosted on.  If you have multiple merged Servers, they are combined into what is referred to as a “System”.

“System” can refer to a group of merged DW Spectrum Servers, or a single server.

What is a Hardware ID (HWID)?

The HWID (hardware ID) is a unique, 34-digit identifier (ex: 03000102030405060708090a0b0c0d0e0f) that is generated when the DW Spectrum Server software is installed on a Windows, Ubuntu/Linux, or CAAS camera device. The HWID is created based on a combination of the software and hardware components of the computer that is hosting the Server.

The following hardware items are used to generate the unique HWID for each computer that DW Spectrum Server is installed on:

After installing the DW Spectrum Server software to the computer, modifying or replacing the hardware items that are listed above will cause the HWID of the Server to change, invalidating the Licenses that are attached to that Server.

To avoid this, it is recommended to DEACTIVATE all DW Spectrum Licenses on any relevant servers BEFORE making any hardware changes or if the server is going to be detached from a merged DW Spectrum System.

Most Common Reasons the HWID Changes

The Motherboard configuration or other hardware of the Server has changed.

Windows system updates have caused the HWID to change.

What Information Do I Need To Send Tech Support?

To investigate a sudden change in the Hardware ID (HWID) of your System, we will need details such as: 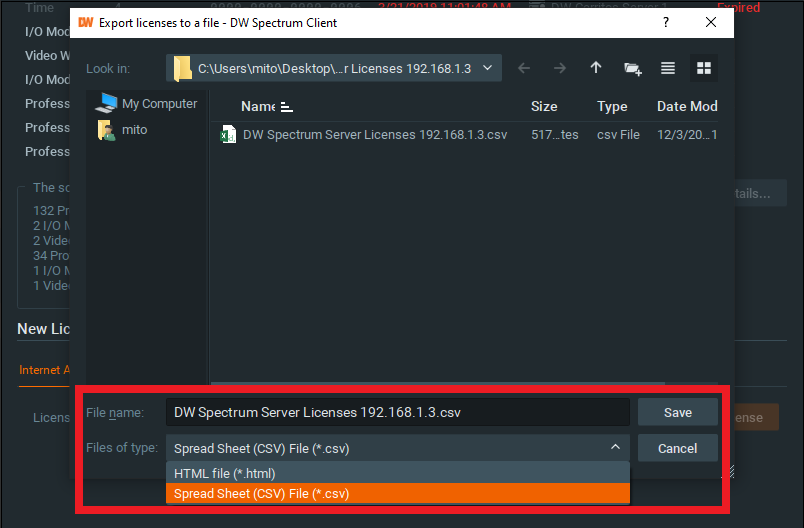 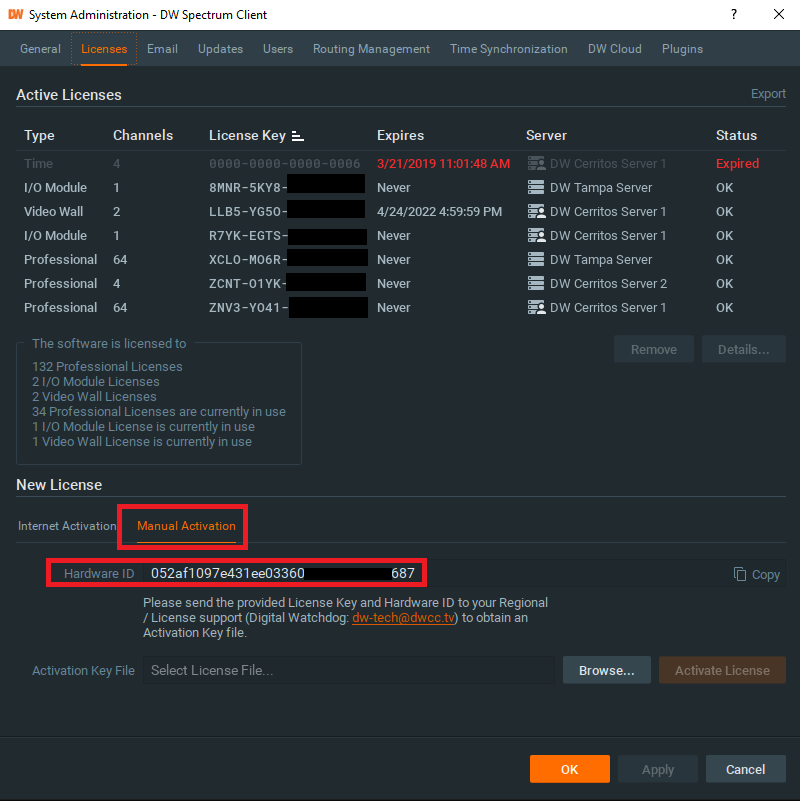 In addition to the licensing information, DW Support requests copies of the following files as well: