Using A DW Spectrum Server As A Client

Using A DW Spectrum Server as A Client

Server As A Client

As DW Spectrum is continuously improved, new features and functions are added with every update.  New camera models have added functions, features, and improved video resolution.  As more amenities are added and technology improves, more processor resources are required for DW Spectrum.

This article will outline general operator guidelines for using the DW Spectrum Client on the Server.

In this article, you will see the term “Server” used regularly.  This may be in reference to the DW Spectrum Server (software) or to the computer system itself.

It is recommended to use a separate workstation from the Server when continuously monitoring camera streams.

The following factors affect the processing of the CPU:

If the Server is constantly maxing out processing resources (80% or more), the overall performance of the computer will begin to be affected.  Common issues like application crashes, OS slowdown, or OS freezing may be caused by CPU overuse.

Here are some of the ways that users can reduce the CPU workload:

Reduce the quantity of cameras that stream simultaneously

Streaming cameras increases CPU usage for each video stream that is monitored.  By reducing the number of cameras that the user is viewing at any given time, the number of processing resources available will increase.

By lowering the Recording Settings for devices in DW Spectrum, more processing resources will become available.  Some settings that users can change to reduce the CPU workload are the FPS (Frames-Per-Second), quality, and bitrate of devices/cameras in DW Spectrum.

Note:  These setting changes affect how camera video is recorded.  Archived video will reflect these setting conditions when viewing playback.

To adjust a camera’s Recording Settings: 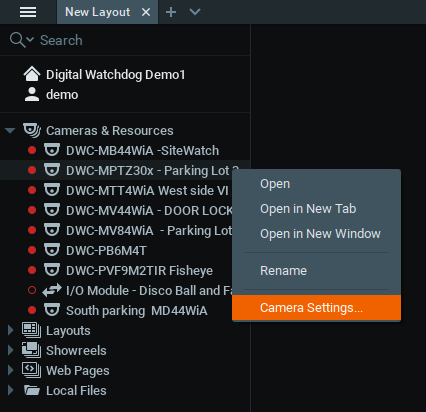 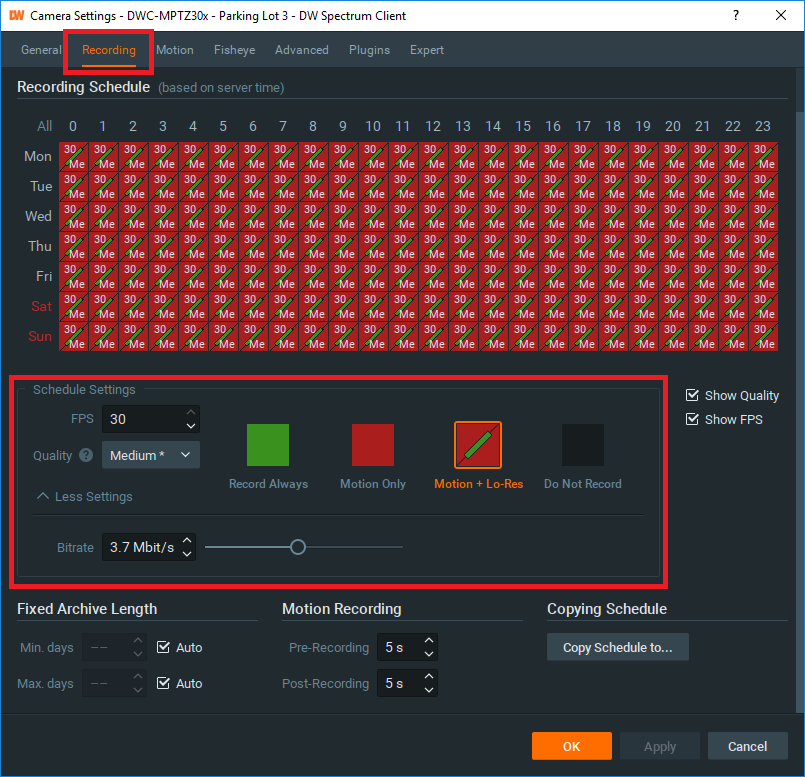 As CPU usage increases when a user is actively viewing camera streams, adjusting the overall quality of Layouts can also help to reduce the CPU workload.

To create a Low-Resolution Layout:

Select the Low option.  As a result, the video stream will show in a lower quality with less CPU workload.  The user may change this setting at any time. 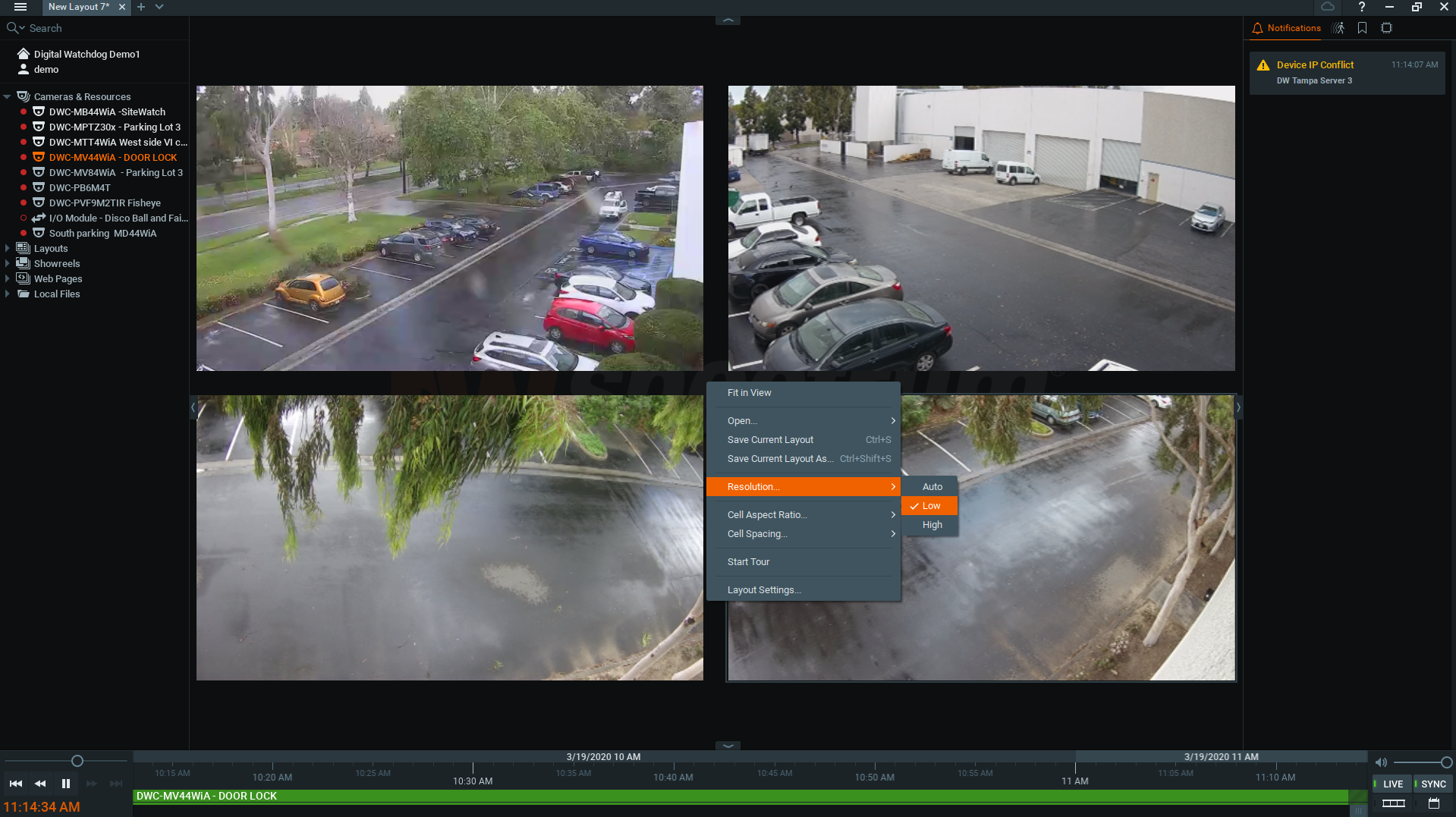 Name the Layout, then click Save.  The low-resolution Layout can now be re-opened from the Layouts folder, in the Resources List.

Note:  If the CPU utilization continues to max out (80% or more) after the suggested adjustments have been made, use of a separate Workstation is advised.