Similar to owning a vehicle, a cell phone, or a computer, the VMAX® recording unit series requires regular upkeep and maintenance to ensure efficiency and longevity of ownership.

This article will outline how recording unit owners can maintain and protect the overall health of their recording units, including regular acts of upkeep and system damage mitigation.

**Note:  Some acts of maintenance, such as replacing a hard drive, may be a necessary resolution to specific issues.  However, please be aware that opening the unit without the expressed, documented permission of a Digital Watchdog technician poses the risk of violating the unit’s warranty.

All recording units have firmware, a class of computing software programmed into the read-only memory of the system.  It is a good maintenance habit to ensure that the VMAX® unit’s firmware is kept up-to-date as each release version may include patches, system updates, or even new features.

To verify that the currently installed firmware version is up-to-date on your recording unit, you may either check the unit’s web page (under the Software tab) or within the System menu of the recording unit. 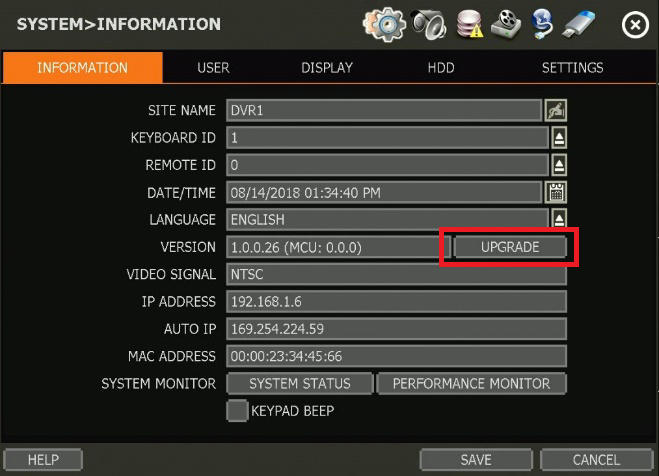 While simply connecting the VMAX® recording unit directly to a wall outlet is an acceptable way of providing power input, it is recommended to additionally use a form of surge protection – particularly that of a UPS battery backup.

The purpose of implementing a UPS battery backup for your VMAX® recording unit is to protect the recording system from encountering an out of phase wave which can cause damage to the system’s motherboard.  This can be an effective method of mitigating power interruption (such as power outages) or power surges.

It is worth noting that there are different kinds of UPS batteries as well.  Some UPS batteries also require periodic replacement of the rechargeable cells within the battery itself.  Be aware of the kind of UPS that you will be using before purchasing, as power input problems caused by low-grade UPS batteries is an issue that DW Technical Support encounters periodically.

As the recording unit is left running, heat will be generated by the interior parts of the system.  Most recordings units will have an interior case fan built-in, however this does not mean that additional prevention can be discounted.

The location in which the recording unit is implemented can have a significant effect on the airflow and temperature.  For example, if a DVR or NVR is placed inside of a closet or attic, there will be little to no airflow which may lead to operational issues if the environmental temperatures become too hot or too cold.  Internal temperature already affects the longevity of the overall life of a hard drive or motherboard, so consider these things when selecting the location for the recording unit.

Additionally, be sure to avoid blocking the vents on the sides of the VMAX® recording unit and do not stock objects on top of the unit as well. 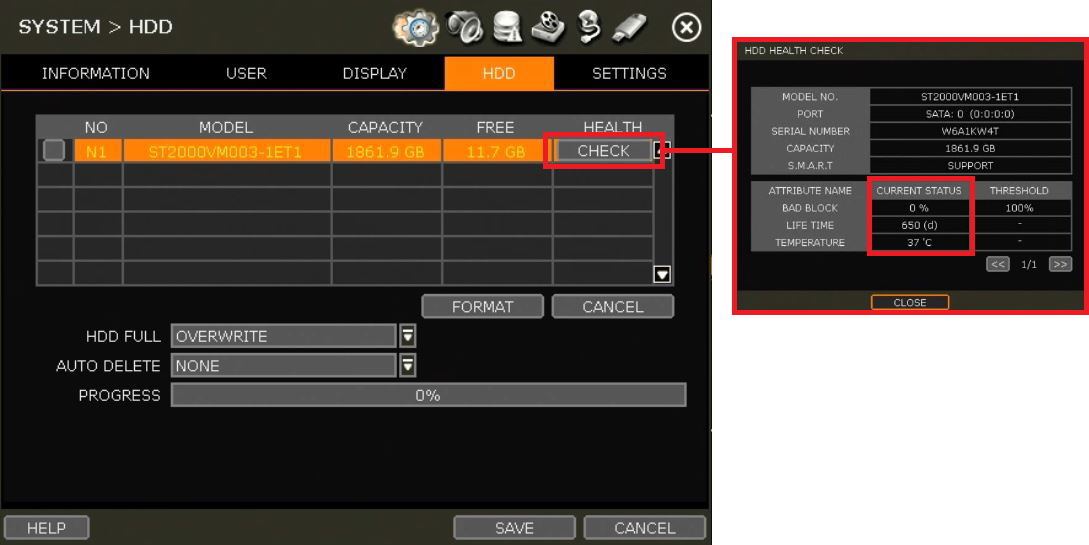 Depending on the Recording Schedule that the System Administrator has selected, the VMAX® IP Plus and the VMAX® A1 Plus will record video upon either a motion detection trigger, continuously record, or if an external detector has been implemented with the recording unit.  While the VMAX® systems can be reliable for inactive monitoring, it is recommended to periodically check that the system is recording and operating as desired.

Time changes from Daylight Savings Time or unforeseen events, like power failures, can affect the System Time settings.  Unless the DVR or NVR has an Internet connection to an FTP server, the timestamp on footage may become inaccurate from such events, potentially creating problems should camera video ever be submitted as evidence of a crime.

To make sure that the recording status has not been interrupted and that the System Time is correct, periodically (once a week is considered ideal) review video playback from your VMAX® recording unit and verify that the live time is correct.

Following troubleshooting, it may become apparent in specific situations that the hard drive (HDD) installed within the VMAX® recording unit will need to be replaced.  However, it is highly recommended that you contact Digital Watchdog Technical Support prior to opening the recording unit as our company policies may have changed since your last contact.  Additionally, the use of specific hard drive models and capacity is recommended.

**Note:  Opening the VMAX® recording unit without the expressed permission of a Digital Watchdog technician is not recommended.  Digital Watchdog will not be liable for the loss of data or consequential damages (including without limitation, damage to recording media) resulting from this process.

Similar to a computer, it is a good maintenance practice to periodically reboot the VMAX® recording unit.  If you are using a VMAX® A1 (2.1 MP) DVR, or an older recording model, we recommend using the Scheduled Reboot function for a weekly, scheduled reboot.  However, if you are using the VMAX® A1 Plus (5 MP) DVR or VMAX® IP Plus NVR, you can reboot the unit through its interface.