Reindexing an Archive in DW Spectrum

The process can take up to several hours, but the duration varies depending on the size of the archive storage files. The DW Spectrum System will continue to record video and will write to the archive, even while the reindex process is ongoing. As long as there is still enough storage capacity available to perform both the reindex and record video, the system can perform both simultaneously. However, performance may be affected as more processing power will be required from the server computer’s resources.

This article will outline how to reindex an archive and additional information regarding this function.

When should the Reindex function be used?

Reindexing an archive should be performed when the archive index (that helps the system recognize stored archive files) is broken or corrupted. This can occur when:

If an archive is damaged, DW Spectrum will notify the administrators of the system when attempting to view that section of the archive. This notification will indicate the storage path where the indexing problem has been detected.

What happens during a Fast Archive Scan?

A fast archive scan checks to see that the database is intact and that it matches the archive. This process usually only takes a few seconds and occurs automatically when:

During a fast scan, video recording will be temporarily put on hold, but will resume after the process has completed. This process usually only takes a few seconds, but may experience delays when:

How to Reindex an Archive 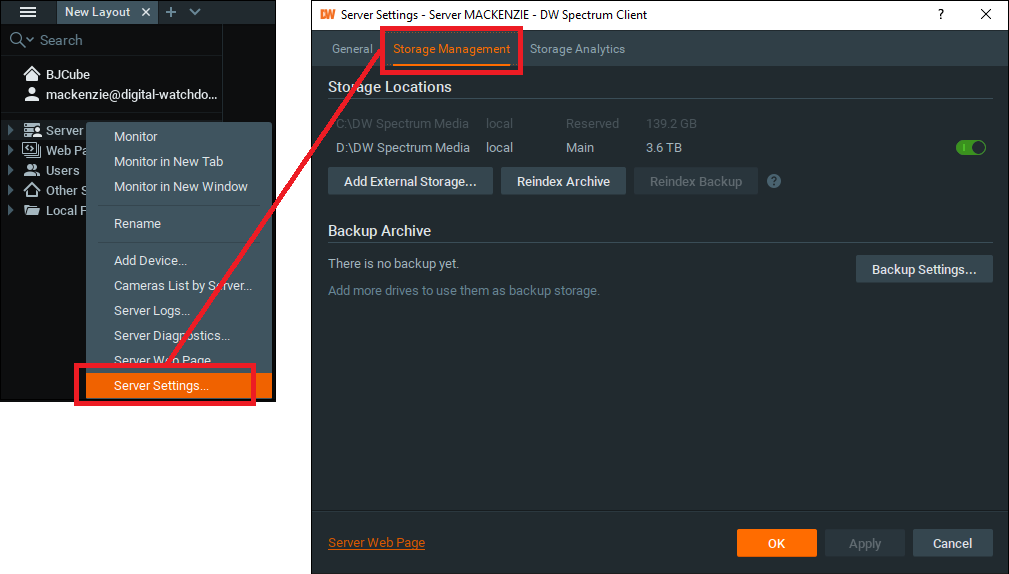 Click the “OK” button in the pop-up to proceed with the reindexing. 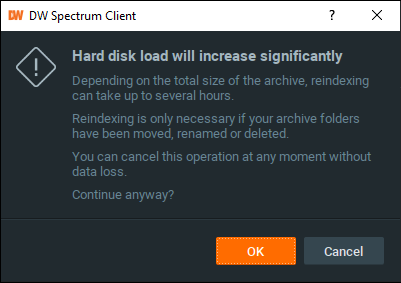 A progress bar will display to indicate the current status throughout the process. DW Spectrum will indicate that the reindexing process has completed or stopped when: