When utilizing multiple servers for a location, it can be time consuming to constantly have to switch between server connections to monitor all of the cameras. DW Spectrum® makes it possible to virtually tie together two or more servers together as a single System.

This is typically done if the System Administrator wants to view the connected cameras from a single instance of DW Spectrum®.  The cameras will still record to their respective, local servers when merged, but by tying DW Spectrum® Servers together, user accessibility to the System increases and makes it easier for Administrators to manage their DW Spectrum® System.

This article will outline how to merge DW Spectrum® Servers together and how to detach a Server from the merged System.

**NOTE:  It is recommended to avoid merging MEGApix® CaaS™ cameras and DW Blackjack® MINI™ units into a DW Spectrum® System comprised of regular servers (computers running WinOS, Ubuntu/Linux, or Macintosh) as this will cause processing issues for the System as it will then be an aggregated combination of differing types of Servers.

**NOTE:  In order to avoid overworking the Server’s CPU, it is recommended to use a workstation that is separate from a DW Spectrum® Server for regular monitoring of camera video.  To learn more about using the Server as a client workstation, you can read Using A DW Spectrum Server As A Client.

**NOTE:  Merging through a NAT or VPN is possible, but is likely to encounter streaming or connectivity issues.

If the Server that is going to merge with your current System is on the same LAN, use the drop-down to select the Server from the detected Servers in the Server URL list.

If the Server does not appear in the list or you are connecting with a remote server (WAN), enter the Server URL manually. 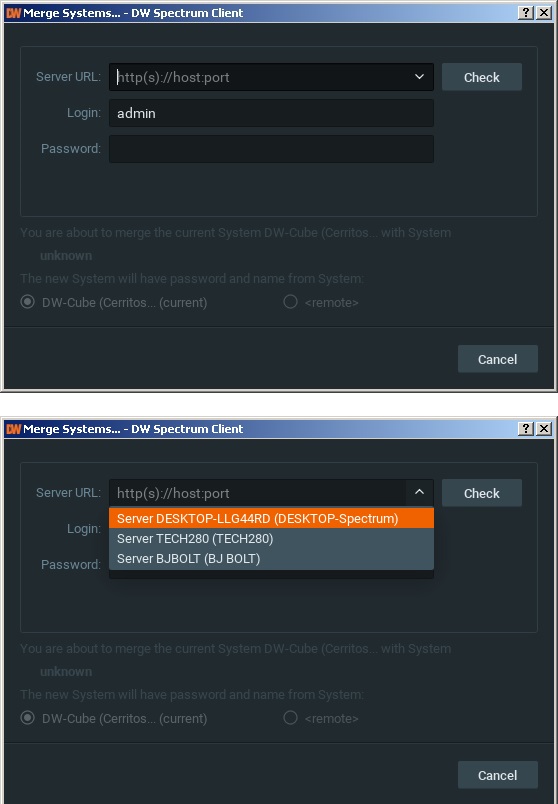 DW Spectrum® Version 4.0 now allows DW Cloud™ Servers, with the same DW Cloud™ Owner, to easily connect with each other and merge through the DW Cloud™ web portal.

**NOTE:  To merge Systems using the DW Cloud™ web portal, both DW Spectrum® Servers must be linked to the same DW Cloud account as the Owner.

To set up DW Cloud™ for a server, please read DW Cloud Setup. 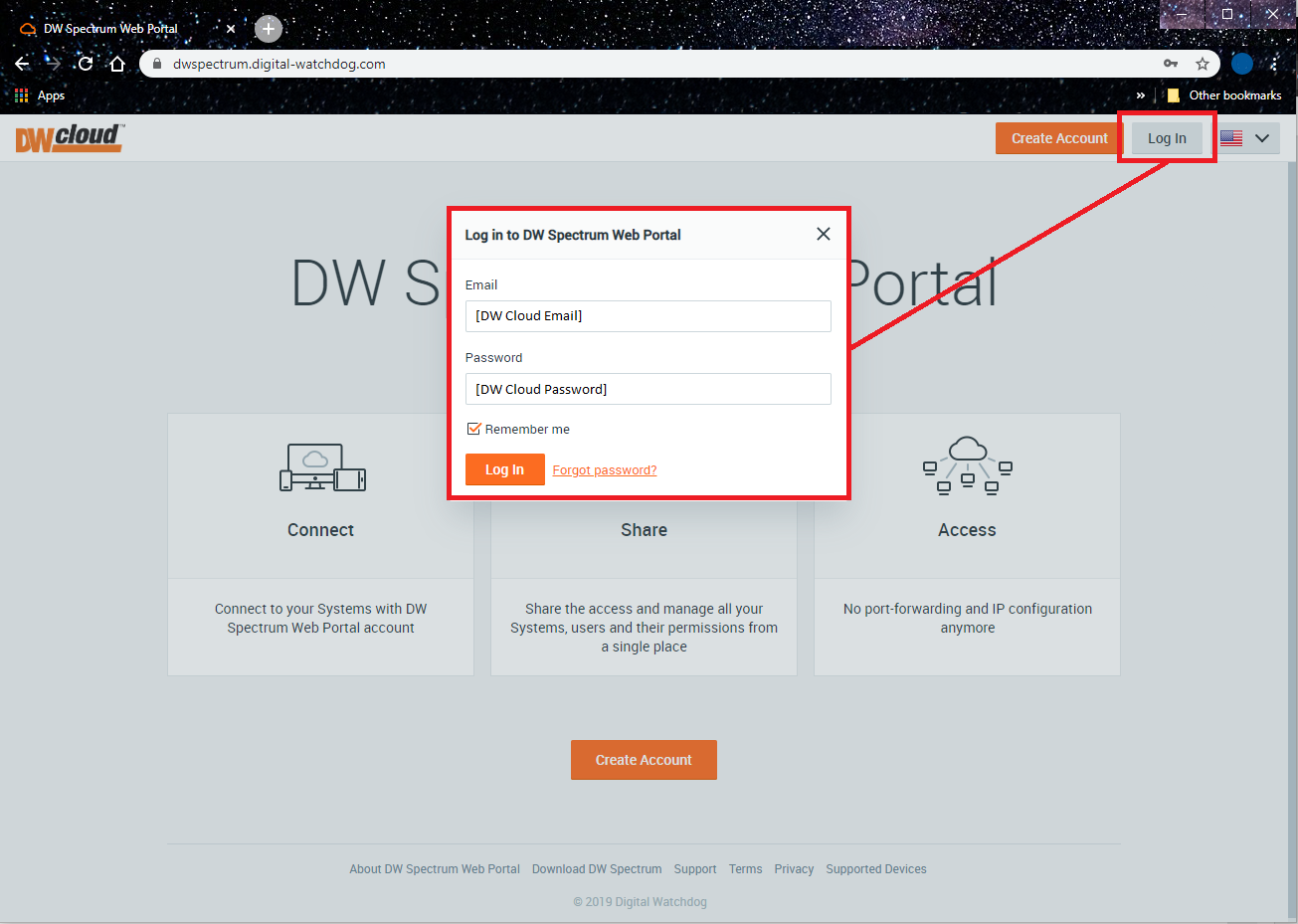 Alternatively, in the DW Spectrum® Client, click on the DW Cloud™ Login tool, then select Open DW Cloud™ Portal.  You will automatically log into the web portal.

Select the merging System by clicking on the corresponding tile.

**NOTE:  Do not click on the Open in DW Spectrum® button, unless you intend to open the DW Spectrum® Client to connect with the System. 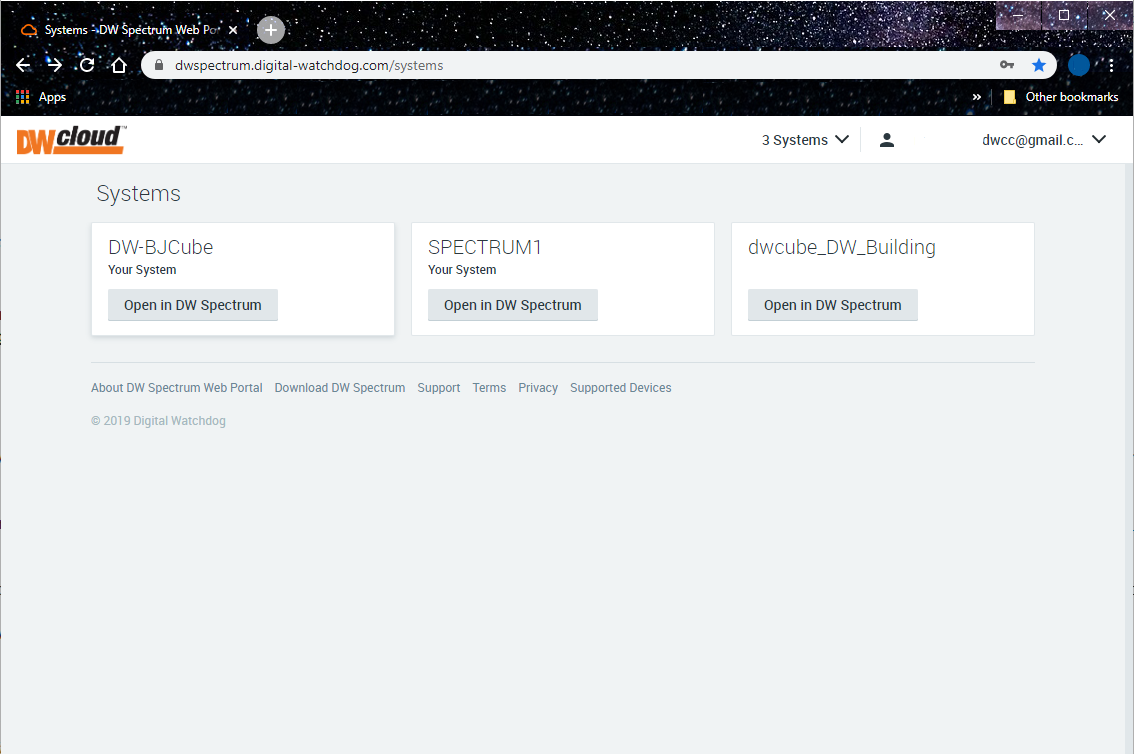 Select the primary DW Spectrum® Server.  This selection will determine the name of the System and the login of the Owner profile of the merged configuration.

Click the Merge Systems button to finalize the merge. 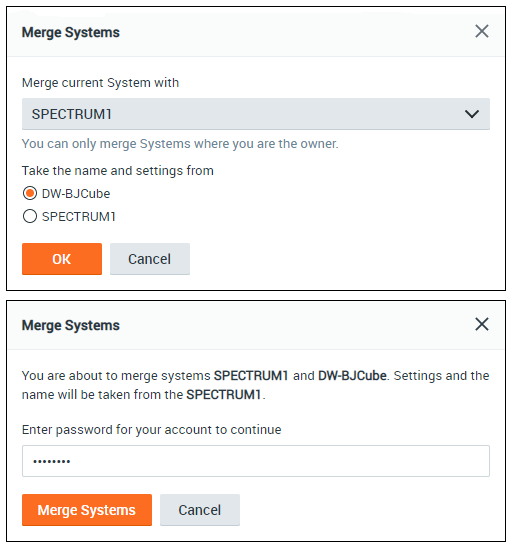 Detaching Servers from merged Systems is a rare occurrence and is typically performed only when replacing a Server.

**NOTE:  If recording licenses have previously been activated on the Server that is being detached, Servers remaining in the merged System will no longer have access to those licenses.  This will be denoted with a “Server Not Found” error message.  Licenses from the remaining merged Service will need to be used instead.

To detach a Server from a merged System:

This can be done by: 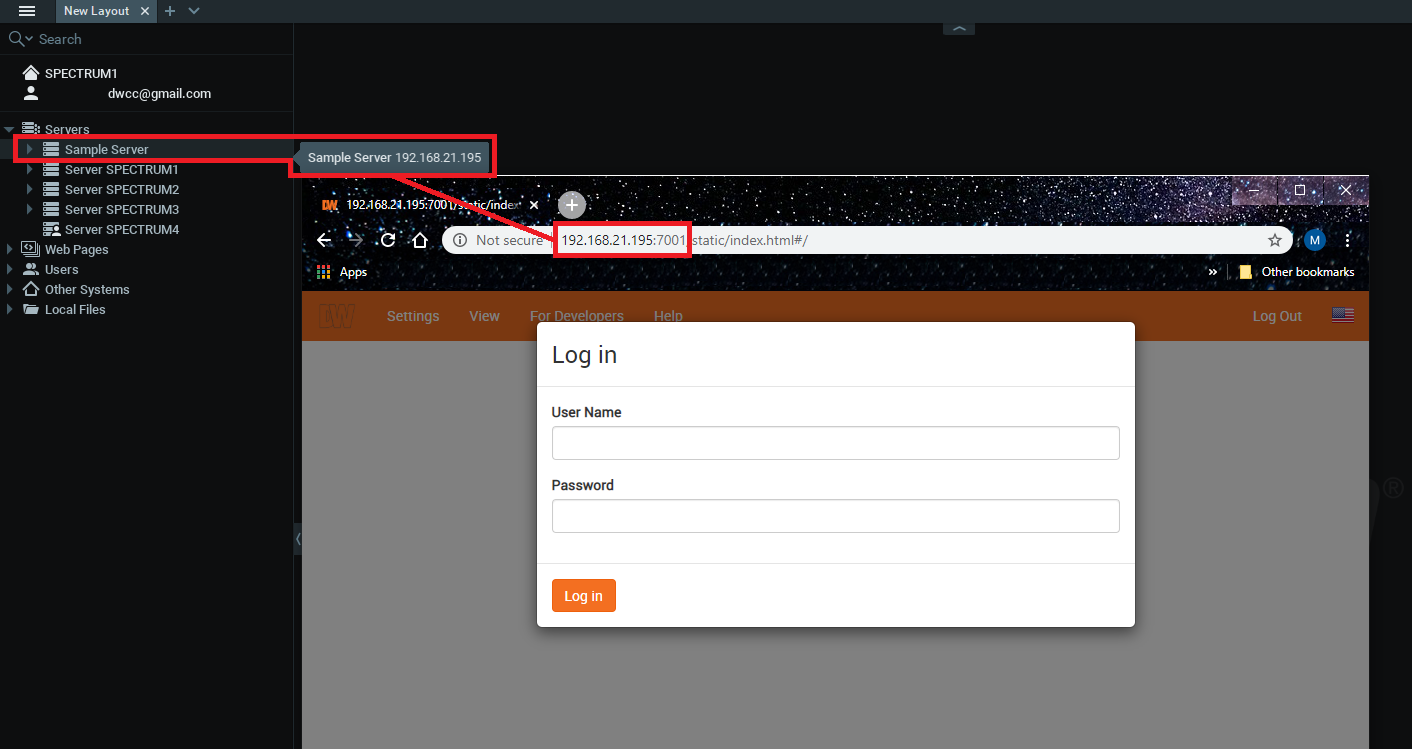 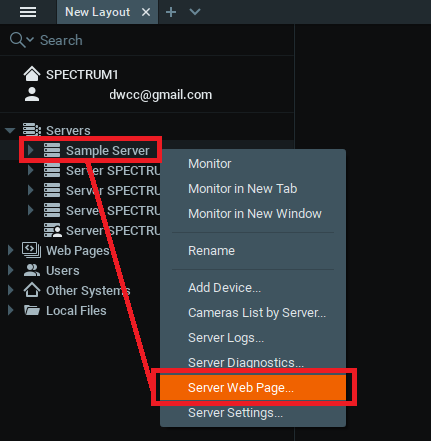 Under the Server tab, click on the Detach from the System button. 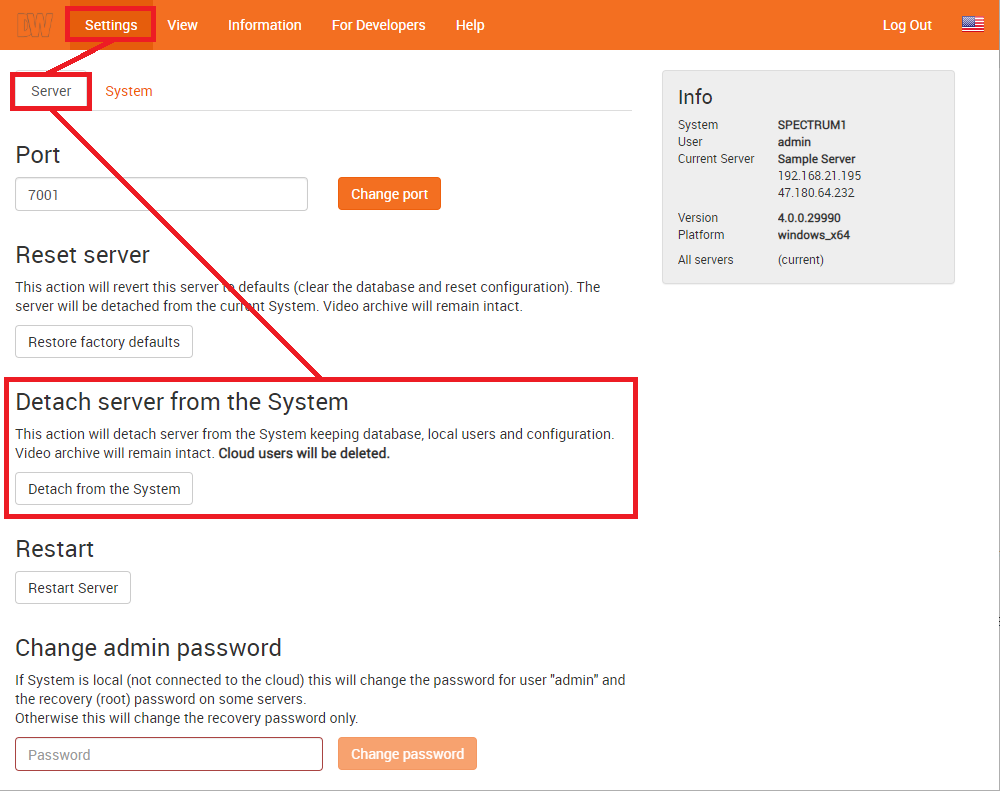